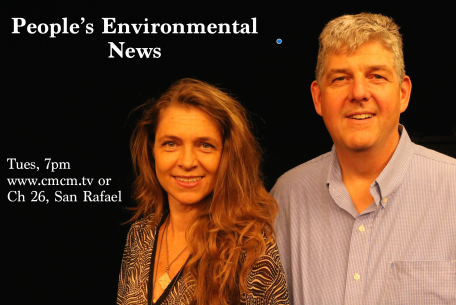 Time to get real AND time to turn this world around!

and DEMAND our leadership recognize the people doing the
GOOD WORK FOR ALL OF US.

Tune into Channel 26 in Marin County or cmcm.tv. Charlie Siler and I have lined up inspirational game changers, those who are helping us, the people, steer the course of environmental responsibility and stewardship.

OUR TUESDAY NIGHT SHOWS ARE LIVE AND RECORDED
Rebroadcast on THURSDAY 10:30AM.

CHANNEL 26 in Marin County OR
Livestream anywhere in the world!
http://www.cmcm.tv/watch

Thank you to our sponsors
:

November 21 – Kim Scheibly of Marin Sanitary and Laura Vernon of Sustainable Fairfax talk with Barbara McVeigh and Charlie Siler about the challenges of waste and recycling. Click here for show.

November 14 – Zoe Cina-Sklar of Amazon Watch joins Barbara McVeigh and Charlie Siler for a discussion of how California’s oil consumption and carbon credits play a role in the destruction of Amazon rainforests. Show can be seen here.

November 7 –Cassie King of Direct Action Everywhere, talks to Charlie Siler and Barbara McVeigh about the role of public activism in challenging animal factories and promoting veganism. Show can be seen here.

October 30 – Etelle Higonnet of the environmental pressure group Mighty Earth talks with Barbara McVeigh and Charlie Siler about the global chocolate industry and its role in deforestation. Show can be seen here.

October 23 – Joshua Fouts, executive director of the long-running Bioneers conference, talks with Charlie Siler and Barbara McVeigh about the gathering seeks to improve our world. Show can be seen here.

October 16 – Steve Dunwoody of UCLA’s Center for Diverse Leadership talks with Charlie Siler and Barbara McVeigh about ways to increase diversity in the work of science.. Show can be seen here. 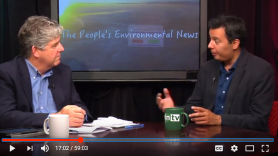 October 2 – The Father of the Solar Age, President Jimmy Carter Tribute
It’s the Jimmy Carter Jamboree week and we will honor Carter with a film made in 1980 by Robert Redford called The Solar Film and talk to one the White House solar installer Tom Strumolo, of Energy General LLC, who has never abandoned Carter’s vision for the power of the sun. Click here for show.

September 25 –Alvina Wong with the Asian Pacific Environmental Network talks with Charlie Siler and Barbara McVeigh about the environmental justice movement and how to get away from the extractive economy. Also we hear a talk by the respected Tom Goldtooth at the Global Environmental Summit in San Francisco. Alvina Wong show can be seen here.

April 24 – Doclands Hits San Rafael!
Joni Cooper, Director of Programming for the upcoming Doclands Film Festival joins us to share the festivals upcoming environmentally oriented films. Their keynote speaker this year is Louie Psihoyos, Director of Racing Extinction (which will be screened) and The Cove. The festival hits San Rafael May 3-6 and it’s a powerhouse line up of films. Click here for show.

May 1 – David Herlocker Tribute
David Herlocker, one of Marin County’s most respected and beloved Interpretive Naturalist, joins PEN to talk about his 20 year career and what has driven his passion with Marin County Parks. He’s been a leader of environmental education for both world renown biologists, parents and children. His retirement party is scheduled for May 5.

May 22
Ginger Souders-Mason of Pestide Free Zone joins us for a hard talk about pesticides and GMOS. Wait! Haven’t we already had this conversation with Rachel Carson years ago? What happened? 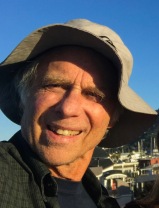 Michael Stocker of Ocean Research Conservation returns to talk about Trump’s offshore drilling, noise and plastic pollution and the upcoming Washington D.C. Michael Reppy joins us to talk about his advocacy work with marine mammals. Time to get real and time to get inspired!

April 3 – Deep Sea Mining
Liz Taylor of DOER Marine is no rookie to the ocean environmental movement. As the daughter of Dr. Sylvia Earle, she’s grown up with the ocean and understands our deep need to understand it beyond surface levels. We talk about Project Deep Hope, Mission Blue and Hope Spots in our oceans. Click here for show.

March 20 – Climate Diet and Animal Compassion
Lisa Baffi of 350 Marin joins us with her passion to talk about how our diets are sending greenhouse gases into the atmosphere. There is a plan to help us curb our bad habits.

Monica List from Atlanta, GA works as an Animal Welfare Specialist for Compassion in World Farming USA. Join us for this inspirational conversation and get active. Click here for show.

Also local Steve Adler of Sacred Chocolates talks how his product lines up with the values – how does his company do it? ***Click here for show*** 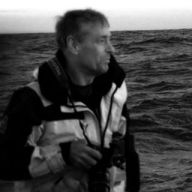 talks about the upcoming films and major issues that we all need to address. It’s their 15th anniversary. David McGuire of Earth Island Institute talks about the offshore drilling concerns. March 9 is final day for public comments. Click here for show.

February 27 – Mountain Top Removal and the People of

Appalachia
Lifelong resident of Appalachia, Maria Gunroe has fought against environmentally-devastating mountaintop removal mining and valley operations for years. A recipient of the Goldman Prize of North America, she joins us via Skype to talk about the devastation of her own community, the film Blood on the Mountain (available on Netflix)and the hope that drives her for a positive sustainable community. Click here for show.

February 20 – The Organic Market and GMO Battles – Why Should We Care?

Local Mark Squire of Marin County’s Good Earth Natural Foods and Stacy Malcan of US Right to Know talk about new issues facing the organic market and the GMO battles against Monsanto. You’ll be surprised and be driven to action after this conversation about your food and what you’re feeding your children. Click here for show.

February 13 – Local Activism – How to Get Involved!
Kim Rago of Environmental Forum of Marin talks about her organization that has been educating our community on environmental advocacy and issues since 1972! Also, 12 year old Aislinn of Heirs to

Senior Fellow at
The Ocean Foundation, join us to talk about Trump’s threat to drill off the shores of California. Major protests are lining up. Why more oil when we are facing ocean acidification? Time to get real.  Check it out here!

November 21 – Chocolate and Nature Connection
Etelle Higonnet of Mighty Earth returns to the show with great news for chocolate lovers who are concerned about deforestation in Ghana and Ivory Coast. And, Marin County local Mia Andler of Vilda talks about connecting youth to our own local forests of Marin County, demonstrating the power of nature education and stewardship practices. Click here for show.

Coalition joins PEN to talk about global environmental disaster and what we can do about it. Click here for show.

November 7 – Barbara McVeigh and Charlie Siler are joined by Matt Edling of the law firm Sher Edling, along with Marin County Supervisor Kate Sears, to discuss the county’s lawsuit against the world’s biggest oil companies. Click here for the show.

October 24 – The Keystone XL Pipeline battle is far from over. Now it’s in courts. Activist Frank Egger and Environmental Lawyer Stephan Volker talk about the first hearing in Montana of their lawsuit filed against The United States and why this battle is pivotal of the health of the planet. Delta Tunnels, another big water project is discussed and what this project means to citizens of California. Click here for show.

October 17 – Northern California Fires: Charlie and Barbara cover the scene and hear from those fighting and surviving the devastating Northern California fires. Jim Kasper of Fire Safe Marin joins them in studio to discuss how to get ready for the possibility of wildfire in Marin. “We are not prepared,” he said. Click here for show.

October 10 – Chocolate! It’s a bitter story about our

love affair with chocolate, a major source of deforestation and child labor. Charlie and Barbara talk to Estelle Higonnett of Mighty Earth. Click here for show.

October 3 – Barbara and Charlie talk about solar energy and give tribute to President Jimmy Carter on the week of his 93rd birthday. Guests and interviews with Larry Schweiger, CEO of PennFuture and Tom Strumolo, installer of Carter solar panels in 1979. Click here for show.

September 26 – We talk trash! Why is it so complicated? Time to clean up our act! Guests from Marin Sanitary helps with the chore and educate us. Click here for show.

September 19 – We talk to the young ocean activists Heirs to Our Oceans! Listen to these brilliant kids and be humbled by what they have to say! They are taking a stand for their future and our oceans!

April 26, 7pm – SPECIAL FILM EVENT
A Road Not Taken about President Jimmy Carter‘s energy and conservation policies – this Swiss made film will rewrite everything you think you know about the “Father of the Solar Age.” Event is free. Fairfax Library. Barbara and Charlie present. Free.