Sept 20-22 California 2020 Vision Art Installation
It’s a weekend of visionary leaders and positive energy and we’ll be there! Artist Gina Musser takes lead in our first art installation to bring attention to The Man Behind the White Guitar film project and the musicians in the film, such as Harry Belafonte, Narada Michael Walden, Steve Winwood and others, who have powerful words of inspiration of unity and peace. We hope to release the film early next year and if you haven’t seen the trailer, check it out!

June 6 – Sausalito Yacht Club – film screening of Racing With Copepods, with Int’l Sailor and Writer Kimball Livingston. This will be a very special presentation!

Saturday, June 9, 2pm – Launch of Redemption, How Ronald Reagan Nearly Ruined My Life at Barnes and Noble in Corte Madera! 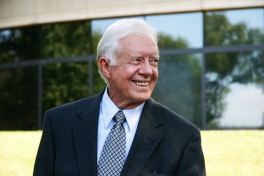 Screening of a Road Not Taken about President Jimmy Carter’s conservation and energy policies.

If you’re interested in a film screening about the ocean documentary Racing with Copepods or about Jimmy Carter’s energy and conservation initiatives, A Road Not Taken, please contact me!

April 21– Berkeley Yacht Club, Berkeley – film screening of Racing With Copepods. Peter Hayes of Pegasus will bring the boat to the docks after a day of training new crew to get kids out and sailing!

Magic Bear will be at the docks to inspire all!

Barbara’s great uncle Robert Keleher owned Bear Boat #65, named Magic. He inspired her to sail and to fall in love with the ocean, resulting in this film and other environmental projects. Bear boats were originally built right here in Sausalito by the Nunes Brothers, and Bear Boat #1, Merry Bear, lives at the Maritime Museum in San Francisco.

Charlie Siler, cohost of People’s Environmental News, will provide a few tunes on his guitar!

April 26 – Fairfax Library, film screening of A ROAD NOT TAKEN with me and Charlie Siler of People’s Environmental News